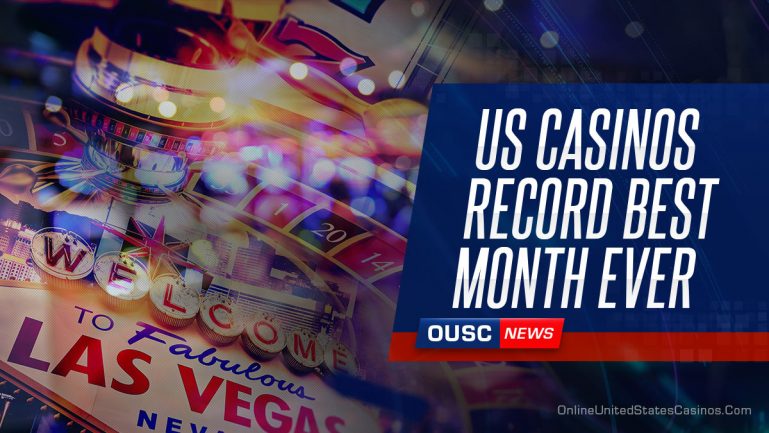 If the economy is any indicator of how things are going, the gambling industry seems impervious to recent uncertainties. It’s business as usual in US casinos nationwide, which have seen an uptick in sales. Despite the lingering coronavirus, spiraling inflation, and a sluggish financial market, March 2022 saw the highest casino revenue month ever recorded to date.

According to the American Gaming Association (AGA), those numbers spiked to $5.31 billion, beating out the previous $4.92 billion single-month record in July 2021. While many businesses are still picking up the pieces of the last few years, commercial casinos are booming.

March holds the highest single-month revenue in the US gambling industry.Q1 was also the best first quarter on record.Gambling brings big bucks to the US economy as more states seek legalization.

Not only was March a record-breaking month for casinos, but it also contributed to the best first quarter thus far. The American Gambling Association (AGA) reported three states started the year by setting quarterly records: Arkansas ($147.4 million), Florida ($182 million), and New York ($996.6 million).

It all culminated in this year’s Q1, almost reaching 2021 Q4’s massive numbers. The last three months of the past year boast the highest gambling industry revenue in history, at $14.35 billion.

When factoring in all revenue, including iGaming, the casino market is only continuing to skyrocket. CEO and president of AGA, Bill Miller, stated:

Consumers continue to seek out gaming entertainment options in record numbers. Q1’s strong results build on the industry’s record year in 2021 despite continued headwinds from supply chain constraints, labor shortages, and the impact of soaring inflation.

According to AGA’s annual State of the States report, the following markets helped hit an all-time high in 2021 at $53.03 billion. Coming in first with no surprise is the Las Vegas Strip.

Although most land-based casino markets have made an impressive comeback, some have struggled to meet pre-pandemic, in-person figures. Atlantic City took a pretty devastating hit during covid restrictions, but this summer season hopes to be a promising one as people return to the popular vacation destination.

Gambling has been trending among a younger crowd, thanks in part to the rise of online casinos and iGaming. The average age of gamblers in 2019 was 49.5. However, it skewed towards a significantly more youthful 43.5-year-old average in 2021.

Real money online casinos‘ popularity reached new heights during the pandemic, and some states set record-smashing revenue numbers while Americans were locked indoors. Despite a recent return to a semblance of normalcy, it shows no signs of slowing down.

The total internet gambling revenue hit $3.71 billion last year, with Pennsylvania, Michigan, and New Jersey each coming in at over a billion alone. In its first year of business, West Virginia hit $60.9 million, and Connecticut managed to bring $47.6 million in just the last three months of 2021.

How Gambling Contributes to the US Economy

Nevada and Atlantic City used to be the only places where a bettor could visit a casino. Since the 1980s, many states have jumped on legalized gambling when they’ve seen how it can benefit the economy. They aim to increase tax revenue, generate jobs, and encourage local retail sales.

AGA’s report indicates that casinos paid $11.69 billion in tax revenue to local and state governments in 2021. That sets the record from previous years and is a 75% increase from 2020 alone.

If this past month and quarter are any measure of the future for online and land-based casino markets, we can expect numbers to continue rising.

Though the outcomes of the pandemic are still developing by the day, the gambling industry seems to have no problem dodging the roadblocks along the way.