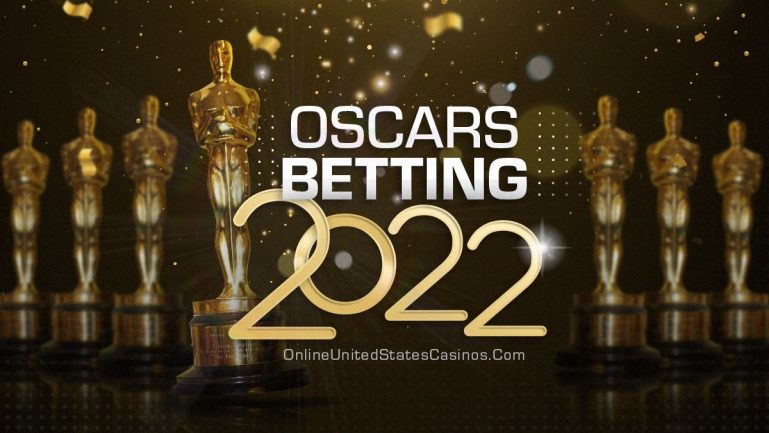 Award season is here, and one of the most anticipated film events is only weeks away. This year’s Oscars will air on March 27th. Online gamblers and bettors love to make predictions and wager on who they think will win in different categories. Keep reading to learn everything about betting on the Oscars, the odds for the top categories, expert tips on how to increase your odds, and answers to frequently asked questions.

The 94th Academy Awards will be held in Los Angeles and televised live on ABC from the Dolby Theatre at the Highland Center. Regina Hall, Amy Schumer, and Wanda Sykes will host the three-hour traditional ceremony, with each host heading up a single hour. This year’s features include live musical performances, comedy, film clip packages, and movie tributes.

We provide the odds for the main Oscar categories in the section below. We include nominees and odds for Best Picture, Best Actor, Best Actress, and Best Director.

Best Actor in a Leading Role

Best Actress in a Leading Role

Before making your wagers make sure to do your research. Check out these tips and improve your odds of winning your Oscar bets.

Many times, movies and stars that do well at earlier award shows also perform well at the Oscars. Winners tend to win again. Keep this in mind when placing your wagers.

Historically, genre matters more than most other factors. Films about war, racial issues, the film industry, and movies based on award-winning novels tend to do far better than any others.

Understand How the Voting System Works

With 17 branches and over 8,000 different voters who pick their top three choices in each category, it’s more complicated than you might think. The top three choices often have to be tallied before selecting a winner.

The Biggest and Most Well-Respected Stars

Where to Bet on the Oscars

Are you ready to make your predictions and wagers? You can place your Oscar bets at the following top-rated real money gambling sites.

Take a look at some of the most popular questions people ask about the Oscars. Can you guess the answers before revealing them below?

Who has the most Oscars of all time?

The actor who has won the most Oscars in history is Katharine Hepburn with four wins. However, Walt Disney was the person who received the most Oscars overall, having won 26 golden statues, including four honorary ones.

Who has the most Oscar nominations without a win?

The actors with the most Oscar nominations without a win are Peter O’Toole and Glenn Close. They are both tied.

Which actress has the most Oscar nominations without a win?

The actress with the most Oscar nominations without a win is Glenn Close.

What was the picture book adapted into an Oscar winner?

The picture book adapted into an Oscar winner is The Lost Thing.

Did Brad Pitt bring his mom to the Oscars?

No, the woman fans thought was Brad Pitt’s mother was his manager, Cynthia Pett-Dante.

How many Oscars did the film Titanic win?

Which actor keeps his Oscar in the refrigerator?

Richard Dreyfuss keeps his Oscar in the refrigerator. He has famously said he prefers people to know he has one without saying anything.

What does the blue ribbon mean at the Oscars?

The blue ribbon at the Oscars shows support for the American Civil Liberties Union.

How many Oscars did the Dark Knight win?

The film Dark Knight won eight Oscars at the 81st Academy Awards in 2009.

Did Julia Roberts win an Oscar?

Yes, Julia Roberts won an Oscar for Best Actress in 2000 for her role as Erin Brockovich. She has been nominated a total of four times.

How much do celebrities get paid to host the Oscars?

How did the Oscar award get its name?

The truth behind the name of the Oscars remains a mystery. However, many agree that Margaret Herrick, librarian and Executive Director of the Academy of Motion Picture Arts and Sciences, remarked that the statue resembled her Uncle Oscar.

How tall is the Oscar statue?

The Oscars statuette is 13.5 inches high, weighs up to 8.5 lbs, has an Art Deco style resembling a knight with a sword, and is made of gold-plated britannium.

Has a Bond film ever won an Oscar?

Yes, the 007 movies have won a total of five awards. The first Bond flick to receive this accolade was Goldfinger. Sky Fall was the first to win two Academy Awards, including its theme song by Adele, which was the first Bond song to win Original Song.

How many Oscars did Avatar win?

Bet on the Oscars Online Today!

Who wouldn’t want to bet on the Oscars this year? It is a fun way to make some money, and you only get the chance once per year! Place your wagers now at our recommended US gambling sites. It’s only weeks away!

Sign Up & Make Your Oscar Wagers at BetUS Casino!